Hello and happy Saturday! I hope your weekend is off to a great start. 🙂

In case you didn’t know, Fat Tuesday is this coming Tuesday & that marks the end of Mardi Gras & the beginning of lent on Ash Wednesday (♥ also Valentines Day ♥) — so I created this recipe to help soak up all of that *partying* for Mardi Gras over the weekend! This monkey bread is great to make tonight for a Sunday brunch, its easy and a great way to recover with some mimosa’s 😉

Start by adding the cold butter to the bowl of your stand mixer & beat until smooth but still cold, about 2 minutes. This will help to aerate the butter so that incorporates into the dough easier at a later point. 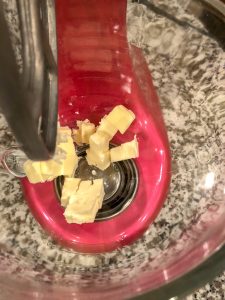 Meanwhile, heat 1/3 cup of milk (I used 1% milk) in microwave for about 30 seconds, or until lukewarm. Add yeast packet and set aside until bubbles form. 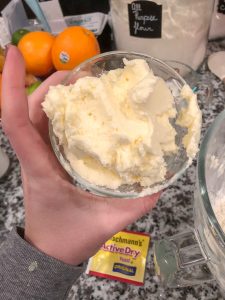 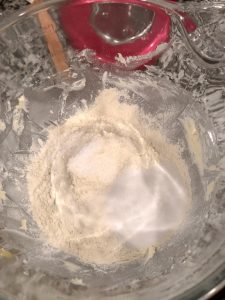 Add the yeast and milk mixture, along with all 4 eggs to the dry ingredients. With the dough hook, bring the dough together until no dry patched remain and the dough pulls away from the sides of the bowl. Add additional flour a tablespoon at a time until dough comes together. 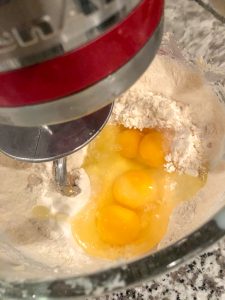 With the mixer speed on med-low, slowly add the whipped butter to the dough, 1 tablespoon at a time, waiting until each addition is incorporated. Be patient, this part will take a bit of time, but its worth it. 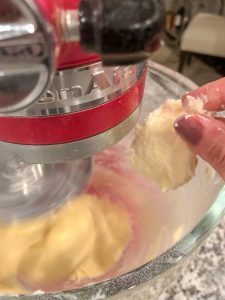 Mix until dough is smooth and pliant, but not sticky. Turn out on to your floured workspace and work into a smooth ball. Place in a greased bowl and let rise in a warm location for about an hour. 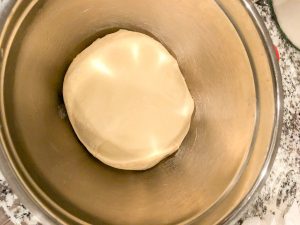 Once the dough is about doubled in size, melt 1 stick of butter & assemble the cinnamon sugar mixture. I ended up using pumpkin spice in this recipe because it has allspice, ginger, nutmeg & cinnamon in it so it lends a but more depth than just cinnamon to the dough, but you can certainly just use cinnamon with a bit of nutmeg is that’s all you have! 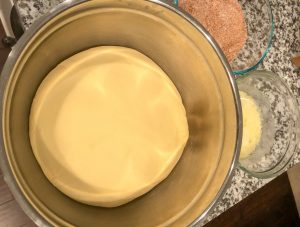 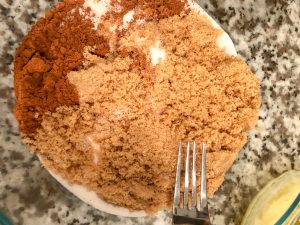 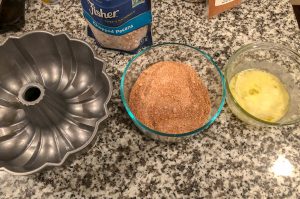 Punch down the risen dough with your hands, and using your thumb and fore-finger pinch off about an inch to and inch and a half of dough and roll into a small ball. Dunk the ball into the melted butter then immediately into the cinnamon sugar mixture and place in a greased bundt pan. Repeat until dough balls are in even layers around the pan. 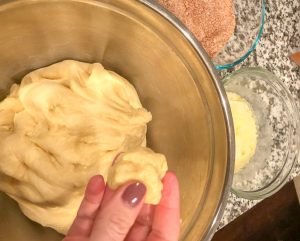 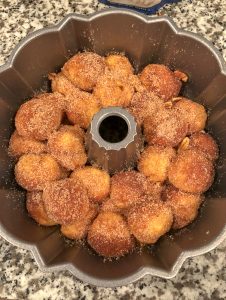 {Also, I added pecans to half of the dough, just mixed into the dough balls. You can leave this out if you don’t like nuts}

Cover and place in a warm area for about 30-40 minutes until doubled in size. 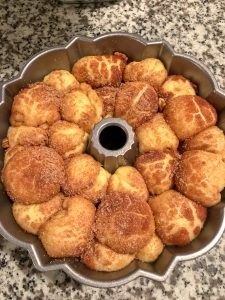 As the dough is finishing rising, heat your oven to 350ºF. Remove the cover from your bread and place in the middle of the heated oven. Bake for 25-35 minutes or until golden brown and puffed. 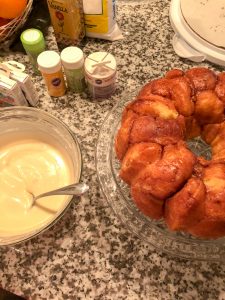 Now, I know what you’re thinking, where’s the baby? Well, I didn’t add one because I was taking this bread into work and didn’t want folks to choke on it! But of course you can add the traditional mardi gras baby to the baked bread where you see fit & hope for luck! 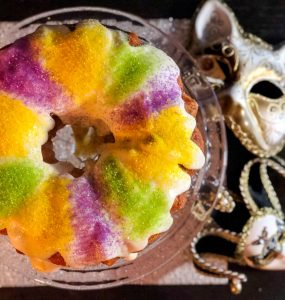